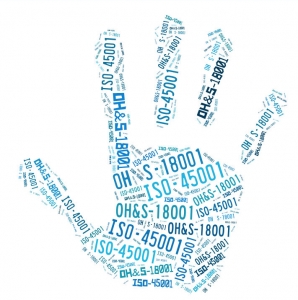 In this article we discuss the issues raised during a recent meeting held by ISO and how it may affect the future  development of ISO 45001 (also known as OH&S 18001). If you were not aware that the standard is being revised you may want to read this article 1st OH&S 18001 to become ISO 45001

The ISO Project Committee 283 met up recently to finalise plans for the first Committee Draft.

We have listed the five key points of this meeting, to bring you up to speed on the very latest news of ISO 45001.

1. The release of the Committee Draft has been delayed

Almost 1,300 comments were submitted in response to the first working draft (WD1). The Committee said it did not have time to address every comment during the meeting, so instead they decided to defer the official unveiling of official Committee Draft. Committee members will now focus on creating a new version of the working draft (WD2).

2. The Annex SL framework will be adopted

In line with the existing ISO management systems, ISO 45001 is set to use the Annex SL framework. WD2 will seek to address any concerns about the risk associated with the framework, focusing on the way that risk is expressed in clause 6.1 of the Annex SL High Level Structure.

3. Employee participation is set to be a hot topic

Many of the comments submitted referred to the level of involvement which corporations can expect from their employees. Bigger corporations are keen to maximise employee participation, but this may require additional training and a new approach to the “guidelines for use.”

4. Questions have been raised about the auditing competency

The system’s auditing competency requirements still need to be properly worked out. ISO 45001 is set to correlate with the other ISO management systems by using the ISO/IEC 17021. However, this has not yet been officially confirmed.

5. The next update will be in November

The Committee will meet again in November 2014 when the WD2 will hopefully be unveiled. The DIS stage of the draft is scheduled to be released by April 2015, giving the system 18 months before it is rolled out.