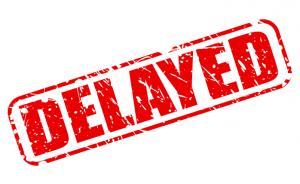 The much anticipated ISO 45001 standard has been delayed following members of the ISO committee voting to ‘disapprove’ the first draft. In order to get past the DIS (Draft International Standard) stage, you need to have two thirds of the committee giving it the thumbs up and less than one quarter voting against. In the recent ballot 71% were in favour, 28% against and 1% abstained, therefore the draft was not accepted and did not gain approval.

During the vote, over 3000 comments were made by members for consideration. The technical committee will now draft DIS2 for further consideration and ballot.

The new ISO 45001:201x standard is seen as a replacement for the British OH&S 18001 standard. It will follow the new structure of Annex SL, and has been designed to align the many different ranges of national health & safety management systems.

For more info on the new standard please visit our ISO 45001 page.

Use our course selector
Batalas is committed to supporting your training needs during the COVID-19 outbreak. The team are still available to discuss new or existing bookings - please call 0333 700 9001, email training@batalas.com or click here to read our 'Book with confidence during COVID-19' blog. The safety of delegates is our priority, therefore all public courses in April/May have been re-scheduled.